It was not a really early start as the ferry to Kingfisher Bay from River head wasn't leaving till 1230 but we had to put the vans in storage. Luckily Shaz's sister Ann and hubby Phil have quite a bit of space and allowed us to store them there for the 3 days for which we are very grateful. As it turned out it took us very little time to drop them off so we all headed for River head (Phil, Anne and Craig included) for coffee before departure. Loaded on the ferry and a very uneventful 50 minute trip to Kingfisher Bay saw us on Fraser Island. Lunch at Kingfisher Bay lower the tyre pressure and off we go. Our accommodation was in Eurong which was on the other side of the Island. Its only around 20kms but is all 4wd sand, narrow roads with speed limits of 30 km hour. Still we made good time and arrived at our base for the next 3 days around 3 ish. For the next 3 days we are staying in a house called Reid's Place in second valley Eurong.

Its a little dated but was clean and reasonable comfortable and I think everyone enjoyed it. The rest of the day was spent unpacking and settling in. Driving on Fraser Island is an experience many of the roads are single lane width, cut through the surrounds, blind bends and no where to get off the track to allow other cars to pass so great care is needed. This is a first for Shaz and Gaz as neither have been to Fraser before. 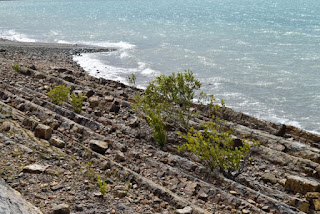 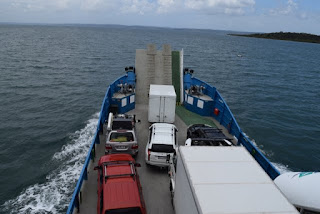 New day dawns and after a leisurely breakfast we head up the beach. We travelled up as far as the wreck of the Maheno. Thing that strikes me this time around is the number of sections of the beach which have been allocated for planes to land. Last time we were here there was only one or two now there dotted all along the beach. After sometime looking over the Maheno wreck we headed back to Eli Creek and Happy Valley for a coffee and look around. We were doing pretty well with the tides so next stop at Eli creek was fantastic. Last time here I got bogged to the axles this time round no probs. I love this place and as usual it was well patronised by sightseers. 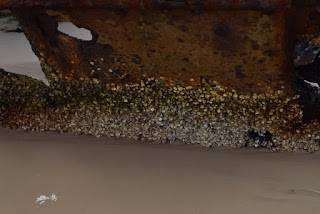 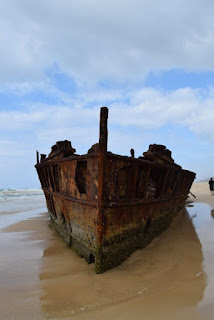 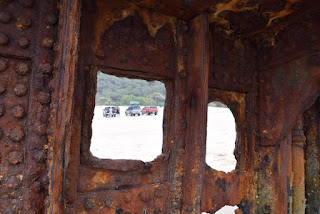 The water is incredible clear and flowing, but pretty cold. Happy Valley hasn't changed much from our last visit and coffee was not bad. Apparently the original owners of the facilities and eco resort went bust and the place has not long reopened. From there it was a run across the island Urang creek, then back to via the central station track back to Eurong to sit back and relax. Our picnic lunch at Urang crk was interrupted by sand flies and midges. The continued changing landscape provides an interesting back drop to our travels around the island with the contrast between the huge trees and thick under brush to the less dense rain forest almost blurred between on corner and the next. And the number and size of grass trees has to be seen to be believed. Fraser is still a very popular place and the interest in coming here has not waned. The problem is the number of people doing stupid things a ruining it for everyone.

Day 2 saw us head south along the 75 mile beach to Dilli village then inland around the lake district to Lake Mackenzie. We stopped off at a number of the lakes for a rubber neck. The white sands contrasting with the crystal clear water in the shallows and deep blue of the deeper water is always a pleasurable site. There were a number of camp areas around the lakes which looked really good except for them looking like compounds with 6 foot fences around them. I guess its as much to separate the humans from the Dingoes and protect the dingoes from humans. Which brings me to the dingoes we haven't seen one since we have been here and the consensus seems to be that its breeding time and they are all in their lairs. We did, however, have a visitor during the morning a large monitor lizard sunning itself on the shed roof. Probably about a metre long and not overly interested in anything much. Last night on the island so we decided on dinner out -  the pub was the first choice except it doesn't serve meals. So it had to be the Eurong resort – Aussie BBQ night. Not a bad fair but some interesting dishes for an “ Aussie BBQ meal”.

Day 3 Off the island. Today we head back to the mainland and our ferry isn't till 2pm so it is a bit leisurely. A bit of house work and pack the cars and we are on our way heading across the island. Today we will call into central station, which is the old logging area of the island and coincidently is about the centre of the island. This is a really nice spot with relics of the logging days, amenities, camping area and board walks along the creek. The first time Di and I visited here it took us sometime to realise that there was actually water in the creek  - its was so clear and still. Because of the rain it was running a bit harder but still exceptionally clear to the point we could see an eel and catfish scrounging for food. We arrived in Kingfisher Bay with plenty of time for a look around and a bit of lunch before boarding our ferry. We ended up doing nearly 220km on Fraser over the 3 days a lot of which, for me anyway, was 4wd low range. Not much is happening for the rest of today just pick up vans overnight Hervey Bay and then down to Tewantin (Noosa) to see Brad and the grand kids for a few days. Gaz and Shaz are staying and extra night with her sister so will catch up with us in a day or two. 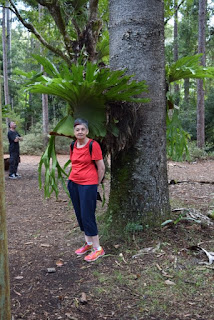 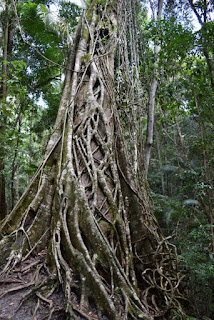 Posted by DJs Tagalong Tours at 4:38 PM No comments:

On the road again Northward bound - into the rain again

Posted by DJs Tagalong Tours at 3:48 PM No comments: 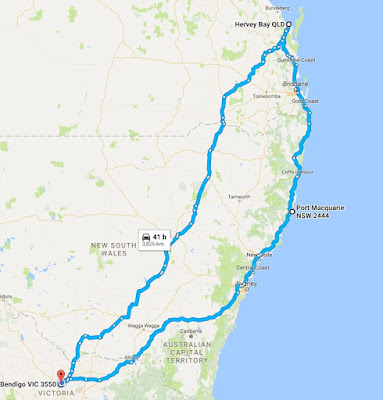 Well the next trip is planned and we are looking forward to heading off. We have an addition this time with Wendy now having her own rig. More to come when we leave so watch this space. A few pictures of the new van. 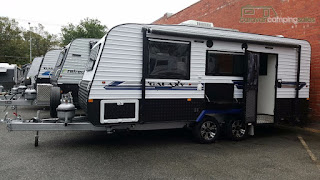 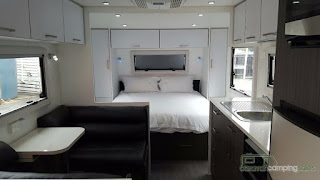 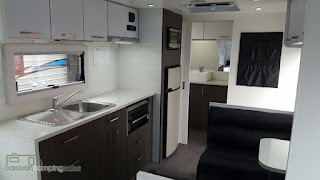 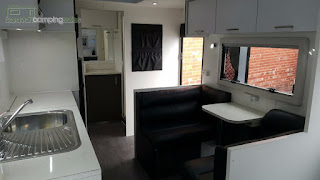 Posted by DJs Tagalong Tours at 12:23 PM No comments:

Well our next trip is fast approaching and planning is pretty much finished.
We are head to Mungo NP then up to Birdsville via Broken hill. From Birdsville we go down the Birdsville track to Maree and then Farina Station finishing up at Rawsley Pk Station in the Flinders ranges. 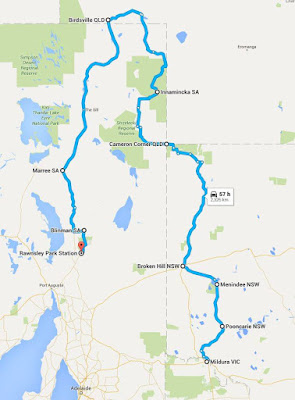 Can't come soon enough for me except I have a bit of work to do to get the trailer ready. And guess what last time we went up here it was green. This time it will be green again so much for desert. But Lake Eyre will be full!!
Posted by DJs Tagalong Tours at 3:07 PM No comments: